Motorcycles conjure up all kinds of images: the open road, adventure, and letting loose. Those who truly appreciate this vehicle embrace the lifestyle. The culture, friends, trips, plus unmistakable fashion, offer an escape from a lackluster life. But there’s a darker side to these bikes – the motorcycle accident statistics are scary.

Exploring your wild side while gripping a hog’s handlebars can be dangerous- very dangerous. While it’s never fun to dwell on the negative, it’s smart to learn what can happen in an unthinkable instant.

Wouldn’t it be nice if fond memories were the only aftereffect of riding a motorcycle? Accidents are unfortunate results when things don’t go as planned. And when bike collisions happen, they can mean disabilities, disfigurements, or death.

As a biker, you face an uphill battle in dodging danger. The group at Motorcycle Safety Lawyers is here to answer your questions and provide help. Our skilled team knows how bikes fit into our legal system. We understand the challenges you may face; let’s meet them together!

What Percentage of Motorcycle Riders Get into Accidents?

One percent, or possibly a little more. Research from the Insurance Information Institute points to this figure. Think twice before dismissing what may seem like a low amount.

Consider there were around 8.32 million registered motorcycles nationwide in 2020. One percent of those equates to 83,200. That’s tens of thousands of riders who were in accidents. Is your spidey-sense tingling yet?

This kind of question is like asking if cigarettes and guns are dangerous. None of these items by themselves pose much of a danger. Not too many people get injured by parked motorcycles. Add a person who plans on riding these vehicles into the mix. Here’s where problems can arise.

A bike in motion isn’t necessarily headed for a crash, but the odds aren’t on your side. Reasons why these vehicles continue to be labeled as unsafe include:

Have You Been Injured in a Motorcycle Accident?

If you need Chicago motorcycle accident advice, talk to an experienced lawyer that’s been helping injured bikers for over 35 years.

How Most Motorcycle Crashes Happen?

Knowing how most bike accidents occur makes you aware of risks. You can drive more cautiously. Collisions are common in the following situations because motorcycles…

How Many Motorcycle Deaths or Injuries Occur Each Year?

No two years are exactly the same. Reviewing a year in recent history like 2019 can shed light on this topic. Your local dealer probably won’t advertise how dangerous this sport can be, but you can’t argue with facts. Hearing the number of riders that get seriously or fatally injured can be a wake-up call- it may even save your life.

Mull over these frightening statistics compliments of the NHTSA:

Which Factors Lead to More Motorcycle Crashes Than Any Other?

There’s really nothing else like riding a motorcycle. So how can you manage risks to enjoy this way of life? Stay current with your state laws. Practice driving defensively. Familiarize yourself with possible pitfalls to become safer while joyriding.

Reasons for most motorcycle accidents include:

Obviously, you can’t control other drivers or the weather. But you can make strides to keep yourself as safe as possible when riding. Always wear your helmet and boots. Check your route and the weather before leaving. Give your bike a once-over to ensure it looks road-worthy.

Want additional support? Contact Motorcycle Safety Lawyers to find out how we can help. Pick our brains about traffic laws as they pertain to you. Let us be your resource for staying safe while enjoying the ride. 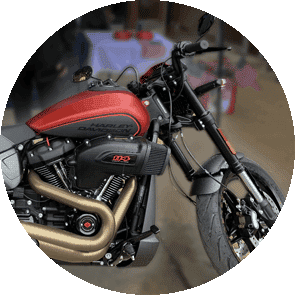